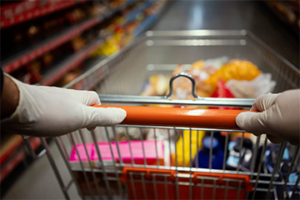 Covid-19 has Americans shopping at grocery stores like it was the 1990s. In March 2020, almost 63% of food and drink bought by US consumers was purchased at stores. This was the highest share since January 1996, according to The US Census.

The share of food spending at restaurants and bars (including takeout) has been slowly rising for over half a century. In 1970, only about a quarter of US household expenditures were spent on eating out. By the beginning of 2020, that number had reached about 50%. The Great Recession slowed down the move to eating out from 2008 to 2012, but only a pandemic could truly reverse the trend.