If you’ve been grocery shopping in the Golden State lately, you might have noticed reusable bags are being allowed at some stores, meaning the 10 cent charge is back for single-use bags.  But policies are not the same across the board. 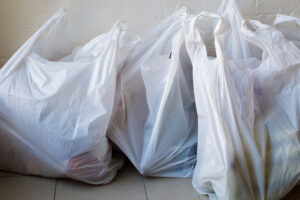 The concern was spreading coronavirus with reusable bags. Most stores were not letting customers bring them in.

From the end of April to the end of June, the executive order forbid grocers from charging 10 cents per bag.

The order has now expired, and grocery stores are making their own policies.

One caregiver and frequent shopper said there’s a lot of confusion, on top of not knowing if bringing in bags is entirely safe.

“I’m not sure, it’s debatable because you don’t know where everyone’s bags have been. Like mine have been sitting in my car for how many months now and I open one up and I go ‘oh I’m not gonna use this again’. So I have to go through them,” Perrine said.